Yandere Simulator is an upcoming stealth-action video game in development and to be published by a man known as YandereDev with the help of numerous volunteers. He has been involved in game development in the past[1] and decided to create the game based on a positive reception[2] on 4chan.[3]

As of December 2015, there have been almost five million downloads of Yandere Simulator.[4]

The page for the controls is here.

The game can be downloaded from here!

Yandere Simulator may be renamed to "LoveSick" or "LoveSick: Yandere Simulator". This is because the literal meaning of "yandere" is very close to "love sick". Any renaming will take place long before the game is released.[5]

This is further elaborated on in the video, "Should Yandere Simulator be renamed?" Simulator games are typically humorous and lighthearted, so people might think that Yandere Simulator is as well. YandereDev does not want it to be mistaken for a lighthearted game, but since the original name has been used so much, people will recognize it more. As a compromise, he might change the name to "LoveSick: Yandere Simulator."

YandereDev has also considered the name "Sick Love", and may create a poll about it in the future.[6]

There is already another game with the title Yandere, so YandereDev wants to avoid using that name.[7]

The current first screen when the player opens the game.

The warning for the game. It was later removed in the March 17th, 2016 Build because YandereDev said that it was "cringey".

Not including the coding (which is completed by YandereDev alone), almost all features, such as voice acting, 3D animations, 2D animations, texturing, and modeling, are done by volunteers. Because of the unpredictability of volunteer work, as well as changes in game developing decisions, it is impossible to predict exactly when the final game will come out. YandereDev talks about Yandere Simulator's future in a video titled "Yandere Simulator: Past, Present, and Future"; the game may come out sometime in late 2022, hopefully.

It's difficult to determine how much of the game is finished at any given time. Some features that seem complete may be redone later, or a new feature may be suddenly planned. It's also hard to quantify how much 'completion percentage' a specific feature adds to the game.

The reason why the in-game percentage is there in the first place is to dissuade people from asking about why certain aspects of the game are missing or currently incomplete. "If they see text informing them that the game is very far from being complete, this should stop them [from doing so]."[citation needed] The percentage goes up so that people understand that the game is progressing forward.[8]

As of August 31st, 2020, YandereDev had released the official demo.

Progress on Yandere Simulator, shown in "Past, Present, and Future".

An explanation of the "percentage completed" screen.

Ever since the early debug testing builds, the only way to download Yandere Simulator was through a .zip file on Mediafire from YandereDev's blog. As of July 13th, 2016, there is a launcher available from the official website of the game. The launcher will perform an integrity check to make sure that the player's download was not corrupted, and then automatically extract the files for them.[9]

In some cases, the launcher may provide errors, and in most cases, this error is caused by the operating system (Windows) blocking the application's connection. This can be fixed by unblocking the file.

There have been two intros for the game, both giving some immediate backstory. Both are featured from Ayano Aishi's perspective.

The first and original intro told the story of Ayano Aishi as an average teenage girl who yearned for love and found it when running to school. Her ideal lover, Senpai, was being scolded by Osana Najimi who was his tsundere childhood best friend. Info-chan informs Ayano about how she can help Ayano get rid of her rivals and about panty shots. The intro ends with Ayano thinking of her Senpai.

The second intro showed Ayano as an emotionless girl who found color in her gray world after meeting Senpai. Ayano expresses negative thoughts towards those who get in her way. Info-chan informs Ayano about her first rival and the panty shot system and once again, the intro ends with that.

Before the full game begins, the player will have the option to have a "First Day of School" tutorial that can be skipped. This is so the player can get used to the controls and characters.[10]

In Yandere Simulator, the protagonist has five days to prevent her current rival from confessing to Senpai. The final game will be ten weeks long and will have ten rivals, with one appearing at the start of each week.[11] The demo will only show the first week of the game.[12]

Weapons are items the player character uses to kill NPCs.

At least thirty weapons are planned for the game, but YandereDev has confirmed that they will only be things that can be found in a Japanese school environment.[13] Guns[14] and other ranged weapons are unlikely to be added into the final game.[15]

Personas determine how an NPC responds when they witness a murder or see a corpse. In the future, it's possible that personas may dictate voices, animations, dialogue, etc.[16]

There are currently seventeen personas implemented into the game:

Killing, tranquilizing, pushing, drowning, and dismembering an NPC will cause Ayano's true nature to show through.

When the player has low sanity, the music and environment become more distorted. As of the August 15th, 2016 Build, sanity affects how long and how messy Ayano's kills will be.[17]

Ayano's reputation is how she is viewed by the students. If her reputation drops below -100, Senpai will no longer be willing to accept her love confession, causing an instant Game Over.[18]

Reputation can be raised by complimenting students and lowered by gossiping about others. There are other ways to change reputation, but not all methods have been implemented yet.

This mechanic partially determines how other people will interact with Ayano.

Ayano's phone, which is not present in 1980s Mode, can do a number of actions for the player, for example:

Yandere Vision shows important objects outlined in certain colors through walls. Some objects, like buckets, have outlines by default, but others need certain actions to be performed before being outlined.

Ayano can take and send a photo of an NPC with a working AI to Info-chan so that the NPC will be outlined in a certain color, with the default being green. This color can change if the NPC is affected by certain events. The player is able to tag students in the student profile menu so that they will appear with a black circle around them in Yandere Vision.

Study Points can be used to gain skills from Biology, Chemistry, Language, Physical Education, and Psychology. Most of the effects of study points haven't been implemented yet.

If Ayano fails in her various endeavors in ‘’Yandere Simulator’’, then the player will get a Game Over, immediately ending the game and requiring the player to start over or from a load state.

There is currently nine Game Over screens:

Story Mode: In this mode, Ayano is the protagonist. The player will have to eliminate ten rivals over the course of ten weeks.[11]

1980s Mode: In this mode, Ayano's mother, Ryoba Aishi is the protagonist. She appears in the Mysterious and Basement Tapes. Like Story Mode, the player will have to eliminate ten rivals over the course of ten weeks. However, there is no internet, smartphones, or Info-chan.

Custom Mode: The player can customize the rivals, school, and even individual students.[19]

Endless Mode: The game will randomly generate a rival; the player will then have to stalk Senpai to identify the newest rival girl and eliminate her.[20] The objective here is to achieve the highest score, rather than have the main character properly confess her feelings.[21]

Pose Mode: This mode will allow the player to pose students in different ways.

Mission Mode: In this mode, the player will be given different mission that they'll have to complete. This will take place in a separate reality in where Ayano plays as a 'killer for hire' employed by Info-chan, who specifically targets students. 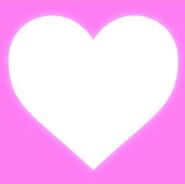 Dark version of the title screen with the old background. March 17th, 2016.