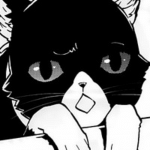 Yandere Simulator’s development is objectively garbage. YandereDev, pedophilia aside, has been in development for 5 years, and only has a bunch of stolen unity assets and voiced lines. He cares more about the game’s image than actually developing it, spoiling its concepts and plotline in YouTube videos than allowing us to play the game. He claims his game is more complex than critically acclaimed games like Persona 5 and the Hitman series, while it’s barely more than the basic simulator game. He complains about things like emails and programming difficulty, while rejecting help, such as game company TinyBuild or a secretary.

Here are some excellent alternative games and series.

The gameplay of the Persona series revolves around combat against various enemy types: Demons, Shadows and Personas. Main combat takes place during dungeon crawling segments within various locations. A defining aspect of the series is the use of the "Persona", which are physical manifestations of a person's psyche and subconscious used for combat, heavily based on Jungian psychology. The Persona series takes place in modern-day Japan and focuses on a group of high school students, with the exception to this being Eternal Punishment, which focused on a group of adults. The setting has been described as urban fantasy, with extraordinary events happening in otherwise normal locations.

Retrieved from "https://yandere-simulator.fandom.com/wiki/User:Tatsuya420?oldid=445128"
Community content is available under CC-BY-SA unless otherwise noted.