Shiori Rikitake is the teacher of Classroom 2-2.

Shiori Rikitake's hair is light salmon-ish pink and put in a spiky bun with long side bangs. Her eyes are a similar color to her hair. She wears large oval glasses and a white top with a black blazer. Her bust size is 1.5.

In January 1st, 2019 Build, her hairstyle color is blue and her eyes also blue.

In January 3rd, 2019 Build, her hairstyle is a bit of light white salmon-ish pink, and her eyes are light brown.

In May 17th, 2019 Build, her hairstyle is a bit of light orange of salmon-ish pink and her eyes still light brown.

In July 1st 2019 Build, her hairstyle is now light salmon-ish pink and her eyes is now similar to her hair color.

She is part of the school's faculty. She has the Strict persona and has had extensive martial arts training. She will give Ayano a suspicious look if Ayano aims her phone at her.

Shiori will stay in the Faculty Room while class is not in session. During classtime, she will stand in her classroom, behind her lectern.

The topics towards Shiori are Negative/Neutral/Positive as follows: 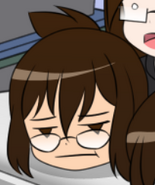 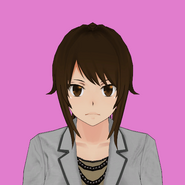 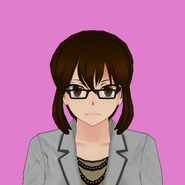 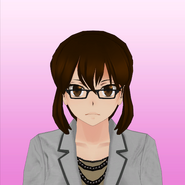 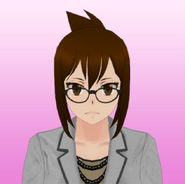 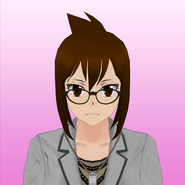 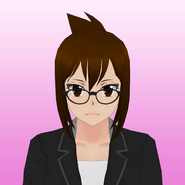 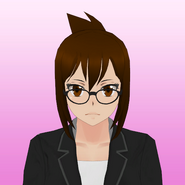 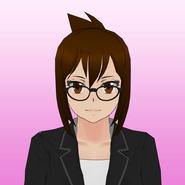 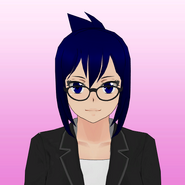 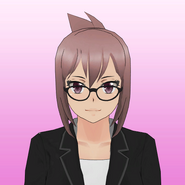 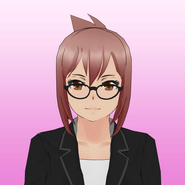 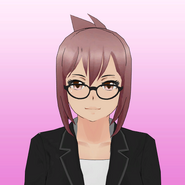 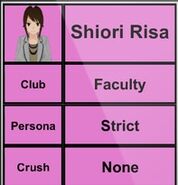 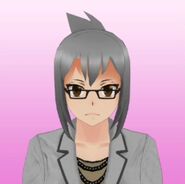 A WIP of Shiori, shown on YandereDev's Twitch.

Another WIP Shiori, shown on the right.
Add a photo to this gallery

Retrieved from "https://yandere-simulator.fandom.com/wiki/Shiori_Rikitake?oldid=485127"
Community content is available under CC-BY-SA unless otherwise noted.