Ryuto Ippongo is one of the male students that currently attends Akademi High School.

Ryuto is the third student to be introduced as an Easter Egg student after Midori Gurin.

Ryuto wears the default male school uniform, unless customized by the player.

He used to have thick, bushy eyebrows, longer hair, a spiky ponytail at the back of his head, and a black bandana. All of these were removed from his appearance in October 8th, 2015 Build.

In his former appearance, he had black spiky hair with flame-red tips. He had grey eyes and a red bandana around his head with three strands of hair that fell onto it.

As of the February 15th, 2016 Build, Ryuto has tall, dark red, spiky hair with sideburns and red eyes.

As of the May 2nd, 2019 Build, Ryuto has black hair with red tips and light red eyes.

"Secretly has a crush on Pippi Osu. Neither of them realizes that they both share feelings for eachother. Swears to his parents that he spends all of his free time studying, but is usually playing video games."

Among the personas currently implemented in the game, Ryuto is a Phone Addict. If Ayano aims her phone at him, he will happily pose for a picture. If he sees a corpse or witnesses a murder, he will snap a picture with his Phone and will text it to the police. While he is doing this, he will run out of the school. He cannot participate in physical confrontations against murderers, unless Pippi Osu is killed in front of him.

He would rather play the video game Osu! than socialize with the other students.

According to his student profile, he lies to his parents and claims he spends all of his free time studying.

As of the August 18th, 2018 Build, Ryuto enters the school grounds at 7:05 AM. He walks to his locker at 7:10 AM and changes from his outdoor shoes to his indoor shoes. At 7:15 AM, Ryuto plays an augmented reality game with Midori Gurin, Mai Waifu, and Pippi Osu.

Ryuto walks back to class again at 1:30 PM and participates in cleaning time between 3:30 PM and 4:00 PM. Afterwards, he continues playing the augmented reality game until the end of the day.

Ryuto has a crush on Pippi according to his student profile, but he doesn't know that she feels the same way about him.

Since he has a crush on her, if the player kills Pippi in front of him, he will attack the player with much more force than he's usually capable of. However, if she dies, he will not mourn her death.

The topics towards Ryuto are (Negative/Positive/Neutral) as follows:

Ryuto in What's Taking So Long?! Part 1: The Problems.

Ryuto in Even Yanderes Need To Love 【Yandere Simulator PV】.

An illustration of Ryuto from the the third anniversary blogpost. 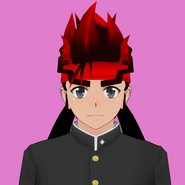 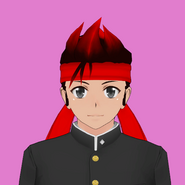 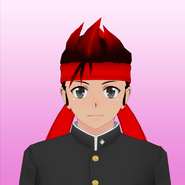 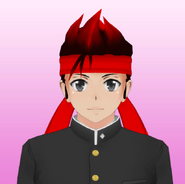 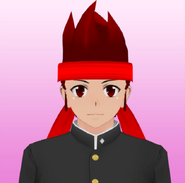 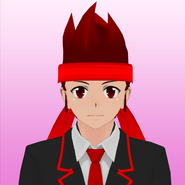 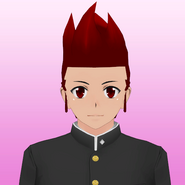 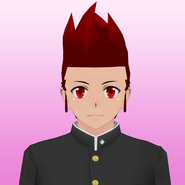 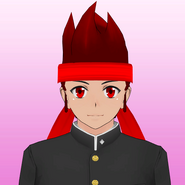 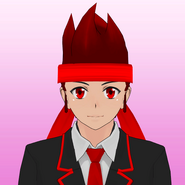 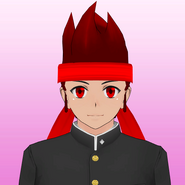 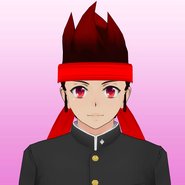 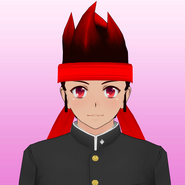 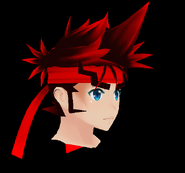 Ryuto without his bandana. September 22nd, 2016.
Add a photo to this gallery

Retrieved from "https://yandere-simulator.fandom.com/wiki/Ryuto_Ippongo?oldid=498999"
Community content is available under CC-BY-SA unless otherwise noted.