Osoro Shidesu is the leader of the delinquents and the eighth upcoming rival in Yandere Simulator.[2]

Osoro has unkempt, shoulder-length blonde hair and brown eyes. She wears the regular female uniform with black shorts underneath her skirt, along with a large, torn jacket hanging off her shoulders. She also has bandages on her muscular arms and legs as well as around her ankle. She has an 'X' shaped scar on her left cheek.

As seen in the first teaser, she wore a torn male uniform as a cape. She has bandages on her arms and an adhesive bandage on her right leg. She has spiky blonde hair with raised tufts on the top. Under her skirt were baggy navy blue pants that end above the knees. She wore ankle socks.

She may be the heaviest character due to her height and muscle mass.[4]

"Osoro is the leader of the school's gang of delinquents. Very little is known about her past, or her goals. She has been known to be violent, so most people tend to stay away from her out of fear.

Osoro will be absent from school for a very long time, and will not make her appearance until the eighth week of gameplay. Against all odds, she will develop a bond with Senpai, who normally keeps his distance from people like Osoro.

Senpai and Osoro are polar opposites - so, what kind of experience could possibly cause them to form a friendship? What does Senpai know about her? What does he see inside of her? And what could stop their friendship from blossoming into something deeper?"[5]

She will most likely have the violent persona, making her unique among the rivals. If she witnesses the player committing murder, she will not run to Senpai, but will attack the player instead.[6] She will not be an evil character,[2] but she has been suspended from school for something gravely serious. She is the most dangerous girl in school (besides Ayano Aishi).[7]

Though it is unknown at the moment, YandereDev has said that her routine will put her in close proximity to Senpai or other students.[8]

The topics towards Osoro are (Negative/Positive/Neutral) as follows:

As she will be a rival in the future, she will have a crush on Senpai. There will be a reason as to why she can win Senpai over even though she is a delinquent and will most likely have a low reputation. YandereDev will not spoil the reason on Twitter,[3] but apparently the two will grow some sort of bond together.[7]

Umeji is trusted to lead the delinquents while she is absent, as her right-hand man.

In the future, Ayano will be able to matchmake Osoro with a suitor. Possibly one of the male delinquents, or Kizuguchi as his crush is listed as "?????" (unknown).

She feels indifference towards other rivals.[9]

She has five cronies in total, all male.

An illustration of Osoro.

An old illustration of Osoro.

Another old illustration of Osoro.

Another old illustration of Osoro.

An illustration of Osoro by kjech.

The silhouette of Osoro.

Another silhouette of her in "How Sanity Affects Murder in Yandere Simulator".

A teaser of Osoro. 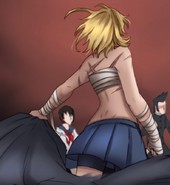 Osoro in "How Sanity Affects Murder in Yandere Simulator".

A preview of Osoro.

An illustration of Osoro by kjech. 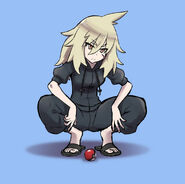 An illustration of Osoro as a Pokemon trainer by kjech.

An illustration of Osoro from the the third anniversary blogpost.

A male version of Osoro from the Yandere Simulator Male Rival Introduction Video.

An illustration of Osoro from the 5th Anniversary blog post 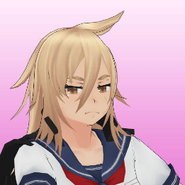 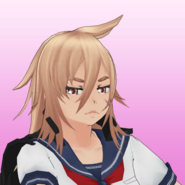 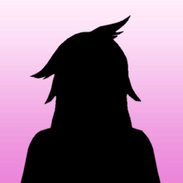 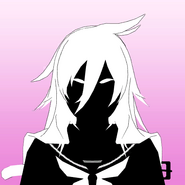 From the video, "Delinquents in Yandere Simulator". 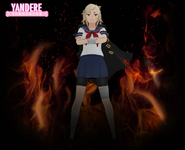 A reference image of Osoro by Druelbozo. 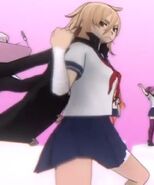 Osoro in the Thanks For Playing cutscene at the end of the demo.

Osoro in a Sneak Peek Video.