View source
watch 02:17
New Pokemon Games - The Loop
Do you like this video?
Play Sound

Manga is an activity that Ayano can use to increase her Seduction Level, Numbness Level, and Enlightenment Level in Yandere Simulator.

It is located on a bookshelf on top of the panty drawer in Ayano's bedroom. Ayano is not able to interact with it during the day. At night time, however, Ayano can walk up to the shelf and a small HUD will appear saying "Read Manga".

Each volume increases Ayano's skill by one level, but the same volume cannot be read twice. Press E to accept and Q to decline.

In the future, there might be five sets of manga that have effects on gameplay while one set of manga is for Easter Eggs,[1]and another set would relate to a game YandereDev made before Yandere Simulator.[2]All manga illustrations were made by volunteer Mulberry.

Manga can be purchased at the manga store in Buraza Town. In the case of Life Note, it may be found in the Photography Club.

Currently, the manga novels that are in Story Mode are:

In 1980s Mode, manga can also be purchased at the manga store in Buraza Town.

Currently, the manga novels that are in 1980s Mode are: 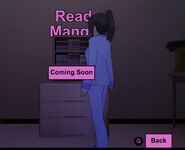 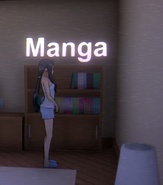 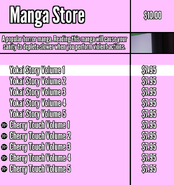 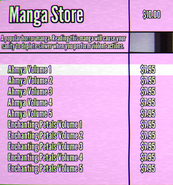 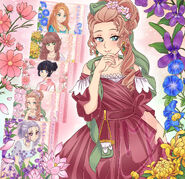