Mai Waifu, whose real name is Mai Wakahara, is one of the female students that currently attends Akademi High School.

Mai is the fifth student to be introduced as an Easter Egg.

Mai wears the default female school uniform, unless customized by the player.

Her first look had pink hair that was a recolor of Sakyu Basu's hair but longer, reaching down to her hips. Mai's eyes were the same shade of pink as her hair. She had a very large bust size, the same size as Kokona's, set at 2.

As of the January 1st, 2016 Build, her hairstyle went below her knees. On her left and right side, she had more hair, but most of it went to her elbow. The rest closed in on her chin. Her bangs were cut short and met together in the middle. Her bust size had been decreased to 1 so her hair couldn't clip through her chest.

As of the February 17th, 2016 Build, her eyes now gradually change their color, cycling through every color of the rainbow, every moment of the day.

Mai Waifu with blue eyes.
Add a photo to this gallery

In the September 1st, 2017 Build, Mai's eyes were slightly slanted downwards. Her eyes would only take this appearance while she was wearing the default uniform. On September 2nd, 2017, her eyes were changed back due to problems with her model.[1]

In the May 1st, 2020 Build, her hair model was changed and she now has lipstick.

"A young woman who is pursuing an "anime aesthetic". To achieve this unusual goal, she never cuts her hair, wears special contact lenses, and asks people to refer to her by a nickname inspired by otaku culture."

Among the personas currently implemented in the game, she is a Phone Addict. She will happily pose for a picture if Ayano aims her phone at her. If she sees a corpse or witnesses a murder, she will snap a picture with her Phone and will text it to the police. While she is doing this, she will run out of the school. She cannot participate in physical fights against murderers.

According to her Student Profile, she is pursuing an "anime aesthetic". In order to achieve this, she never cuts her hair, wears special contact lenses and asks people to refer to her by a nickname that is inspired in otaku culture.

As of the August 18th, 2018 Build, Mai enters the school grounds at 7:05 AM. She walks to her locker at 7:10 AM and changes from her outdoor shoes to her indoor shoes. At 7:15 AM, Mai plays an augmented reality game with Midori Gurin, Ryuto Ippongo, and Pippi Osu.

Mai walks back to class again at 1:30 PM and participates in cleaning time between 3:30 PM and 4:00 PM. Afterwards, she continues playing the augmented reality game until the end of the day.

Mai playing an augmented reality with the Gaming Club.
Add a photo to this gallery

Mai has probably good relationships with Gema Taku, Pippi Osu, Ryuto Ippongo and Midori Gurin, since she spends most of her time in routine with them.

As mentioned earlier, in her previous description, it was stated that she is described as "deredere", and also as "kawaii" and "moe" by her admirers.

The topics towards Mai are (Negative/Positive/Neutral) as follows:

Mai in What's Taking So Long?! Part 1: The Problems.

An illustration of Mai from the the third anniversary blogpost.

An illustration of Mai from the 5th Anniversary blog post

An illustration of Mai Waifu by Mulberry.

An illustration of Mai Waifu as Super Sonico by Mulberry.
Add a photo to this gallery 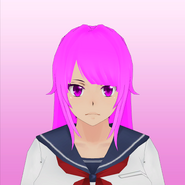 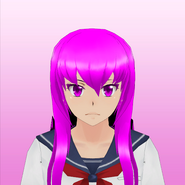 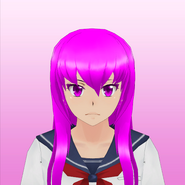 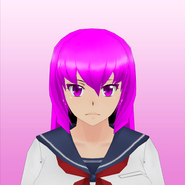 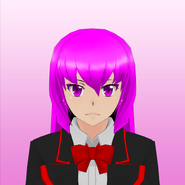 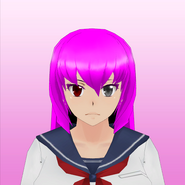 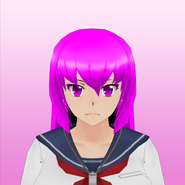 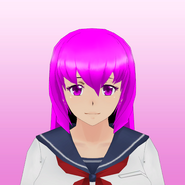 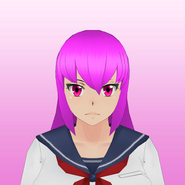 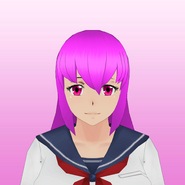 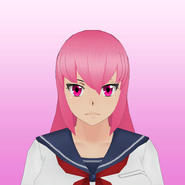 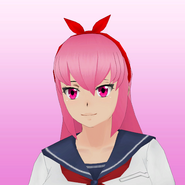 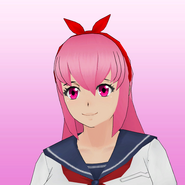 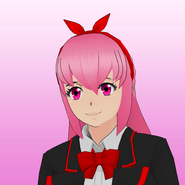 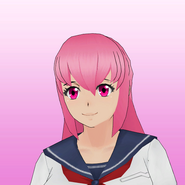 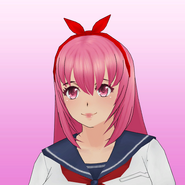 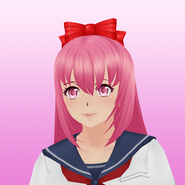 Retrieved from "https://yandere-simulator.fandom.com/wiki/Mai_Waifu?oldid=496041"
Community content is available under CC-BY-SA unless otherwise noted.