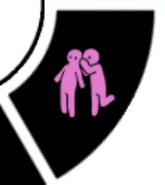 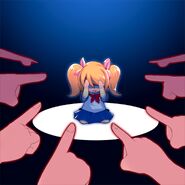 From "Yandere Simulator: Past, Present, and Future".

Gossiping is a type of interaction used against Ayano Aishi's current rival or a student to damage their reputation.

Ayano's gossip will become stronger if she wears the Skimpy Sexy Panties, uses Info Points to discover her current rival's Embarrassing Secret (not to be confused with the rival's Dark Secret), has a social interaction boost from the Gaming Club, or has a high reputation. Ayano can also raise her Seduction skill to Level 2 for boys (Level 5 for girls as well) to gain high gossip damage. If she gossips with a befriended student, the strength of the gossip will be given a boost.

Ayano can also gossip on the social media page for Akademi High School from her home computer in her room at night. If she lies about a student, she will be mocked online, and her reputation will lower. If she tells the truth, students will believe her, and thus her rival's reputation will lower by 50 points. The Internet will not make an appearance in 1980s Mode, so this feature will be unavailable to Ryoba.[1] Right now it's only possible to gossip on the Internet about Osana Najimi after the player buys her embarrassing secret from Info-chan.

Students will also kick the victim out of their group once they reach -50 reputation. The victim will sit on a bench on the rooftop on the southeastern side, alone, and will not converse with the students in the morning or during lunchtime. The student will also get a flower placed on their desk, which is a Japanese bullying technique. Hateful writing will also appear on their desk.

If a rival's reputation reaches below -100, she will be successfully eliminated.[2] If Ayano chooses to gossip about the rival further, to -150, the rival will not come to school, and she will commit suicide.

In a teacher's case (For Muja Kina and Mida Rana in the future), the objective is not to damage their reputation, but get them fired by presenting evidence of their misdeeds.[3]

This is how many reputation points a student or rival will lose:

Kokona getting upset after witnessing her desk from "Friendship, Gossip, and Bullying in Yandere Simulator".