This article is a stub. Stubs are similar to rivals and must be killed or they'll take Senpai.
You can help the Yandere Simulator Wiki by killing it.

Two fire extinguishers are located on each floor, one near each bathroom on the east wing. They can be picked up and are used as a bludgeoning weapon.[1]

There are different fire extinguisher killing animations depending on Ayano's level of sanity.[2] 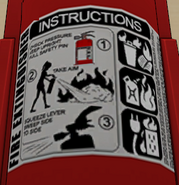 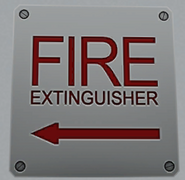 The textures of the fire extinguishers, shown on Reddit.[3]
Add a photo to this gallery

Retrieved from "https://yandere-simulator.fandom.com/wiki/Fire_Extinguishers?oldid=474612"
Community content is available under CC-BY-SA unless otherwise noted.