View source
watch 02:53
GTA: The Criminal Enterprises - The Loop
Do you like this video?
Play Sound
This page is for Expulsion. Not to be confused with Snitch.

Expulsion is an elimination method used to eliminate rivals non-lethally.

The description on the Schemes menu is: "This scheme will end with your rival being expelled."

Ayano Aishi can expel students by framing them for or witnessing them breaking school rules and reporting them to Genka Kunahito, the guidance counselor. Currently, this elimination method can only be used on the Rivals or Delinquents. The player have to report it before After-Class time.

Reporting Kokona to the counselor.

The counselor asks Kokona to visit her office.

On Tuesday, previously, the player must steal Sakyu Basu's ring while she's eating lunch. As of May 3rd 2022, the player must splash Sakyu with water, and steal her ring undetected in the shower room and place the ring in Osana's bag, which is at her desk. After that, the player must report Osana to the guidance counselor and attend class.

After Osana is framed for stealing Sakyu's ring, the guidance counselor will return it to Sakyu at the end of the day.

If Ayano does not report Osana to the guidance counselor after putting Sakyu's ring in her bag, Osana will discover it and return it to Sakyu, who will never bring her ring to school again. This will cause the expulsion process fail.

On Wednesday, the player must obtain a pack of cigarettes before class. These can be found in the convenience store in Buraza Town, in the faculty room on Kaho Kanokogi's desk, or in Info-chan's "Drops" menu. Once the player has cigarettes, they must be placed in Osana's bag, which is at her desk. After that, the player needs to report her to the guidance counselor. The final step is to attend class as usual.

This is the only day where Osana will accept salty snacks from Ayano, after the yellow vending machine in the cafeteria has been sabotaged.

Ayano can blame the Delinquents if she gets sent to the guidance counselor for any reason but to get them expelled, she must blame them for a different reason why she got sent to her office. Reporting the delinquents with the same reason twice, while they all absence or dead will result Ayano getting punished.

The lower the meter, the closer the rival is to being expelled. Each report will drop the bar by 20%. When the bar reaches zero, your rival will be expelled from Akademi.

The meter after the first piece of evidence is reported.

Kokona imploring the counselor to not expel her. 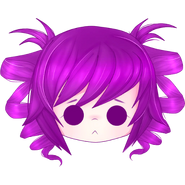 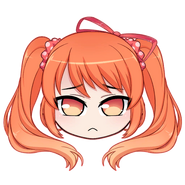 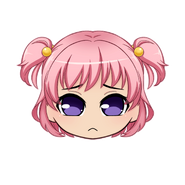 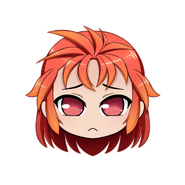 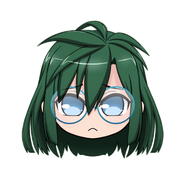 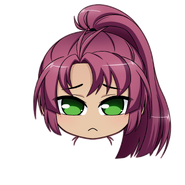 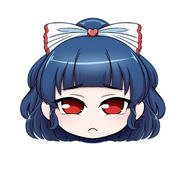 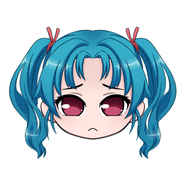 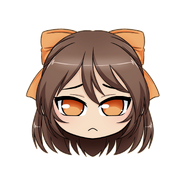 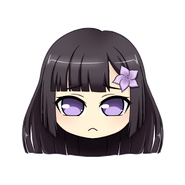 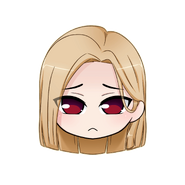 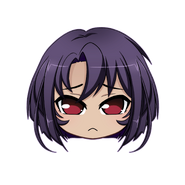 In 1980s Mode, the expulsion process is slightly different.

On Monday, Ryoba Aishi must steal Himeko Dereguchi's ring, place it into her rival's bag, and report the rival's "theft" to the guidance counselor.

Frame for Condoms, Alcohol, and Cigarettes

On Tuesday, Wednesday, and Thursday respectively, Ryoba must bring condoms, alcohol, and cigarettes to school and place them in her rival's bag. All these items can be obtained by visiting the convenience store, but Ryoba will need a Fake ID to purchase alcohol and cigarettes, which can be obtained from The Yakuza. Each time, Ryoba must report her rival to the guidance counselor for having this contraband in school.

On Friday, Ryoba must steal an answer sheet from the faculty room, place it into her rival's bag at lunchtime, and report her to the guidance counselor for cheating (unlike the main story, Ryoba does not need to duplicate the answer sheet).

Ryoba can also place narcotics (obtained from The Yakuza) in her rival's bag, but this will result in her rival being arrested, not simply expelled.

The first sprite art for "snitching".