The Drama Club is a club in Akademi High School.

This room is located on the first floor. As of the May 19th, 2017 Build, the room has a dark purple floor with a light purple wall. There is a large nature backdrop with red curtains to the side of it and a red mat in front. At the back of the room, there are six masks suspended on a wooden board. There is also a table in the far right corner where the silk gloves are, while the Magical Girl Wand, the Fantasy Sword and the Sword are located in the southeastern corner. There is also a box with "The heartbeat of Literature" written on it, containing props that reference the psychological horror visual novel Doki Doki Literature Club!. At the front of the room are 5 red chairs. At the left and right side of the room are costume racks.

If Ayano uses a mask to hide her identity while committing murder, the masks will be removed from the wall the next day and can never be used again, but only if a witness tells the police about the masked killer. 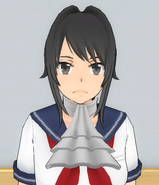 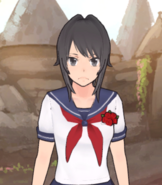 The new club accessory.
Add a photo to this gallery

To join the club, the player will have to talk to Tsuruzo Yamazaki and select the "Join" option on the interaction wheel. Afterwards, they can participate in club activities. After joining, the player will wear a rose accessory.

Ayano can easily kill someone and remain anonymous through the use of the masks and the gloves. Additionally, the gloves can be used to frame somebody for a murder. Simply by grabbing the box cutter from the Art Club room, taping shut a box found at the Delinquents' hang out place, inserting the box cutter, and asking someone to help remove it (With the exception of the Student Council members and the Delinquents), you can gain their fingerprints onto the weapon.

As of the April 24th, 2019 build, killing people in front of Senpai while wearing the mask, will make Senpai unmask you and result in an instant Game Over.

As of the May 15th, 2020 build, the player can wield the Magical Girl Wand, Fantasy Sword, and the Sword without being considered suspicious when in this club. [1]

Either in the club room or at the stage in the gymnasium, the members improve their acting together from 5:00 PM to 6:00 PM. The player can obtain silk gloves from here to frame students. As of the March 16th, 2016 Build, Ayano is able to wear masks to hide her identity.

Being kicked out from the Drama Club.
Add a photo to this gallery

Ayano will be kicked out from this club if any member of this club witnesses her kill another student on the previous day. In the future, she will also be kicked out if the player does not participate in club activities at least once a week. If the leader dies or if there are less than five members in the club, the club will disband. Once the club closes, the door to the room will be locked.

Ayano can also request permission to leave, but once she leaves, she can never join again.

An illustration of what the clubroom may look like in the future. Shown in March Progress Report.
Add a photo to this gallery 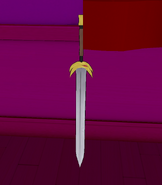 The room without the table implemented. November 15th, 2015. 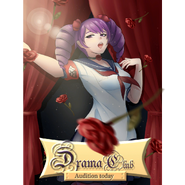 Wearing one of the masks from the wall.

Retrieved from "https://yandere-simulator.fandom.com/wiki/Drama_Club?oldid=498770"
Community content is available under CC-BY-SA unless otherwise noted.