The Computer Lab is one of the rooms in Akademi High School. Ayano Aishi can listen to cassette tapes here.

The room is located in the left wing of the third floor. It is the farthest room to the right.

As of the November 15, 2015 Build, the room has a beige wooden floor and blue-grey walls with a tan trim. There are windows in the back of the room that the player cannot see out of. Another row of computers can be found in the front of the room. It is located in the western wing of the third floor.

A table and boxes can be found outside the room in the April 1st, 2016 Build, that Ayano can hide behind without being caught.

As of the September 15th, 2017 Build, the window has a black curtain and a black carpet covers the floor.

As of the March 15th, 2018 Build, on the west side of the room, there are two anime posters and two glass shelves containing anime figurines. 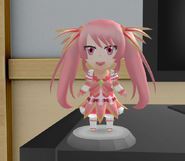 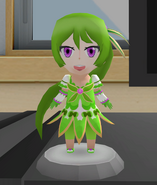 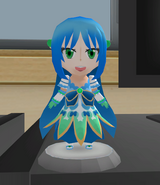 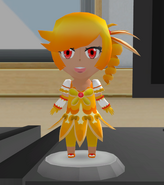 The yellow figurine. June 1st, 2017.
Add a photo to this gallery

Currently, the only use of the Computer Lab is the tape recorder, which can be used to listen to the various cassette tapes found around the school and in Ayano's basement. It is located to the right of the room, on a small desk against the center of the wall.

And in demo version, Osana and Raibaru will come to this room so that Osana will make Senpai hear the music.

Pippi and Ryuto playing on the computers. January 3rd, 2016.

The original Computer Lab before the November 15th, 2015 Build.

Ryuto and Pippi in the Computer Lab in the October 8th, 2015 Build.

The Computer Lab's previous appearance. April 15th, 2016.
Add a photo to this gallery

Retrieved from "https://yandere-simulator.fandom.com/wiki/Computer_Lab?oldid=484897"
Community content is available under CC-BY-SA unless otherwise noted.