Burning is an elimination method in Yandere Simulator.

In order to be able to eliminate a student by burning them, Ayano first needs to fill a bucket with gasoline from a jerry can, which is located in the garden. She must then grab a candle from the Occult Club.

If Ayano lights a student on fire by touching them with the candle, witnesses will realize her for murder. Contrarily, they didn't recognize Ayano for murder if she burned a student with a match. If Ayano gets too close to a student that's on fire or tries to pick up a burning corpse, she will step back in pain.

After a minute, a burning corpse will be charred. This will allow Ayano to pick up the corpse.

Previously, Ayano was able to get a matchbox from Info-chan for 5 Panty Shot favors. Students would not react to Ayano burning a doused student by throwing a match at them, and they were removed on the March 5, 2019 build. 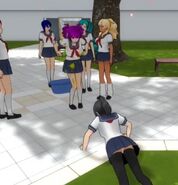 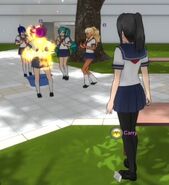 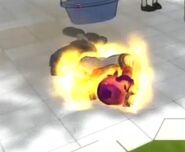 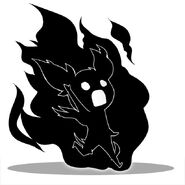