View source
watch 02:53
GTA: The Criminal Enterprises - The Loop
Do you like this video?
Play Sound
This section contains spoilers. You have been warned! 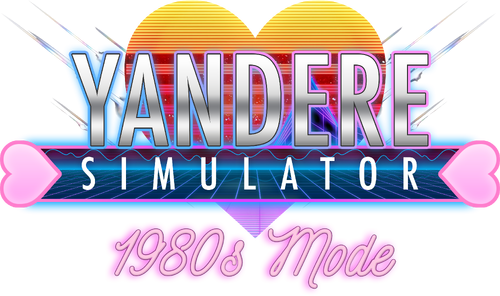 1980s Mode is an official mode created for Yandere Simulator. It serves as the prequel to the game's main story mode, taking place in 1989.

In the full game, after beating 202X Mode for the first time, a new difficulty mode may be unlocked: 1980s Mode.[1] This mode can only be accessed through a save file that was used to beat the game.[2] Currently, the mode can be accessed directly from the title screen, before the main menu has even appeared.

In 1980s Mode, the main character is Ryoba Aishi, who is Ayano Aishi's mother, as well as the yandere girl featured in the Mysterious Tapes.[3] Her appearance will resemble the Ayano from the save file that was used to start 1980s Mode.[2]

This mode only has technology that was available in 1989, along with stricter school rules. There is no internet, smartphones, Info-chan, or anything else that did not exist in 1989. The smartphone is replaced with a notepad, and students that witness a murder call the police using the landline phone in the Faculty Room. There is a Yakuza in this mode, unlike in 202X Mode. There is an optional filter that makes the game look grainier and older, much like a movie on VHS, to help represent the fact that this mode takes place in the 1980s.[4] Basement Tapes 1 to 9 are the epilogue of 1980s Mode.[5]

The objective of this mode is to defeat 10 rivals, like in 202X Mode. However, the plot of 1980s Mode is not as elaborate as 202X Mode. For example, all the events between Jokichi Yudasei and the ten rivals are the same, but with different dialogue.

The endings for this mode vary, but are determined by the player's "grade", or rank of how they played, eliminated the rivals, and dealt with homicide and any cleanup. The S+ rank unlocks the canon ending, but it can only be found if certain events play out beforehand.

The "rank" given at the end will depend on your "guilty points" and "innocent points".

As for Rank S+, Ryoba will hint at the beginning of each week how she wants her rival eliminated:

Following through with each specific elimination and earning at least 100 more innocent points than guilty points will earn you rank S+. It will also unlock a bonus cutscene at the end of the game as well as a timeline.

Artwork of the rivals along with Ryoba.

Artwork of the rivals along with Ryoba. (excluding Sumire).

A draft for the settings menu for 1980s mode. 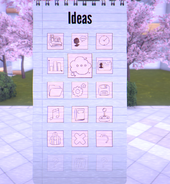 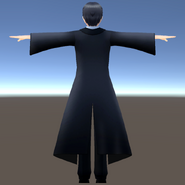 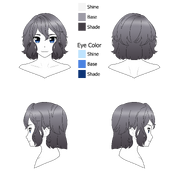