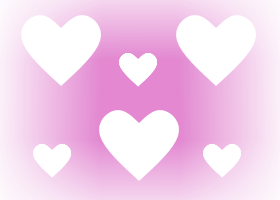 ALL POSTS
You have to tell me.
(edited by AyanoAishi47)
Megami SaikouRival
0

Ey, try not to tell others to shut up, please.

...but I thought mascara was a fish." -Galaxian- (Content Moderator)

What is this thread anymore, my guess is that she could be eliminated by some form of lethal pepper spray.

That's not even a thing in the game! I think the yakuza might be your only hope for kicking Megami out the door

I learned about him from one of YandereDev's video’s, it WILL be expensive, but it's all worth it in the end

Yeah...but Megami has Extensive Self-Defense Training...and therefore fast reflexes. I mean you can try but...I have high doubts about that.

Megami is intended to be the perfect student and a rival that is extremely difficult to eliminate - after all, she is the final rival - and, yes, alert of Yandere-chan's actions and wary of her. This is both to boost her difficulty and to provide lore for the game. One of the best ways, in my opinion, to beat Megami would be to refrain from any violent eliminations or suspicious actions and maintain a high reputation in order to decrease suspicions.

I think it is highly difficult or unlikely that we will be able to eliminate Megami with violent methods (kidnap, mindslave killing, murder, etc.) or get her expelled (given her reputation, how out of character it would be for her, her family's reputation and influence on the school). However, matchmaking is a possibility - probably if you eavesdrop on Megami's conversations and make sure she doesn't know you are a part of the matchmaking in order to prevent her suspicions. Additionally, rejection from Senpai would be difficult to set her up for but probably possible.

I agree that influencing her brother into plotting with you or taking action against her is certainly a possibility. Also, for lore reasons, I believe Megami's 'Dark Secret' will be overarchingly related to the plot and therefore a powerful tool against her (given the clues we've already gotten from YandereDev).

Overall, Megami is set up to be a target for elimination and most certainly will NOT be undefeatable, as that completely defeats the purpose of the game and also all of YandereDev's work on it. But, as she is the final rival, it's going to be difficult.

Additionally, it's stated on our own Yakuza wiki page that the Yakuza will most likely only be implemented in 1980s mode (Ryoba Aishi), so different rivals.

Inazuma eleven official wrote: That's not even a thing in the game! I think the yakuza might be your only hope for kicking Megami out the door

I know, but it could be a rival-specific elimination.

I don't think you'll be able to fight her, or if you do your gonna need a lot of skill.

What do you think?